Obedience is the key that opens every door - C.S. Lewis

God has equipped us for hard things. He sent His Son to show us the way and the Holy Spirit to teach, comfort, convict, and be our advocate. Hard times keep us close to the Shepherd and help us trust in Him and not ourselves. Father, Give us this day our daily bread.

We hear stories about circumstances that are desperately hard where we are at work, but we also hear of amazing stories of how the Lord is providing, healing, and redeeming lives. This week Albert told us about having to stand in line for 4 hours to get bread. While waiting, there were many opportunities to talk with people, and Albert met John. John practiced Santeria (witchcraft). Albert is all too familiar with this because he has been set free from that same bondage. He engaged John and told him of his own story and how he met Jesus. Albert introduced John to Jesus, and John was set free when he accepted Jesus as his Savior. You have been supporting Albert and his family through your generous giving. Thank you for doing your part to rescue John. There are so many others who need to hear about Jesus and the Good News He brings. 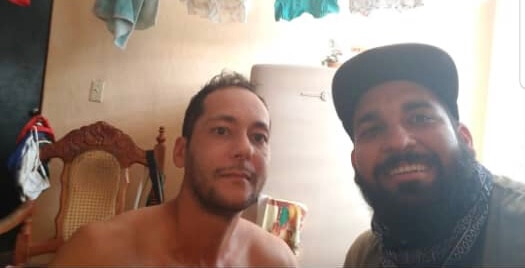 I have another story that Yunior shared with us. We have been having trouble getting money to our friends. Since the political protests, it has been almost impossible. BUT GOD…He always makes a way! So, in a crazy, word-of-mouth way, Yunior was put in touch with Yoan, a man from Panama, who does business on the island. Yunior got this man’s name from a Christian friend, but Yoan isn’t a Christian. After a FaceTime meeting, we sent the money needed to help several families in crisis. Yoan was a blessing to us and to these Christian families, and Jeff asked Yoan if he was a believer. He said he believed there was a God. Jeff told him thank you and let him know that God had used him to help many believers. After we hung up Yunior said he spoke to Yoan briefly about Jesus before he left. Several days later Yunior got a phone call in the middle of the night from Yoan. He said that he couldn’t stop thinking about Jesus and wanted to know more. He said he was so sorry to call in the night, but he really needed to talk with Yunior.

Now I ask you, who but God can use such a tangled connection so that Yoan could know the Truth? We praise God for the difficulties that cause us to get further out of our box. Please continue to help us support our brothers and sisters not only in this country but around the world. You are making a difference!!

The construction of the Maternity Ward in Uganda is moving steadily along. We are in contact with Pastor Kato throughout the week and the latest picture of the building with a roof on is awesome! We look forward each week to hearing the progress and hearing about the workers who are coming to the Lord as the Church ministers to them. The young man in the picture is Bwambale Moses, and he is now following Jesus. We are excited to hear that others are coming to the Lord as well. This beautiful building will be a place where many will be saved physically and spiritually. These construction workers are the first fruit of many. Thank you for changing the course of people’s lives for eternity. We ask you continue to pray for these people and give toward this project that is close to completion. We can’t thank you enough for all you do to advance the Kingdom. These have been some pretty trying times for all of us, but we are grateful that you continue to press in to what the Lord is doing through TREC. Your encouragement and support are what God uses during the tough times. On a side note, pray for Jeff today as he’s having his knee replaced (hopefully just a partial replacement). He wants to be ready when the Lord says, “Go!” We love and appreciate you,

GET YOUR FAITH DIRTY Joy to the world, the Lord is come! Let Earth receive her King! Our time with our Cuban friends in November was amazing. The Lord continues to provide opportunities for stories to be told, lives to be changed, and for dreams of new livelihood projects and